The idea of housing all of the images on a single screen would be visually and organizationally heinous, so here's a gallery of mini-galleries. 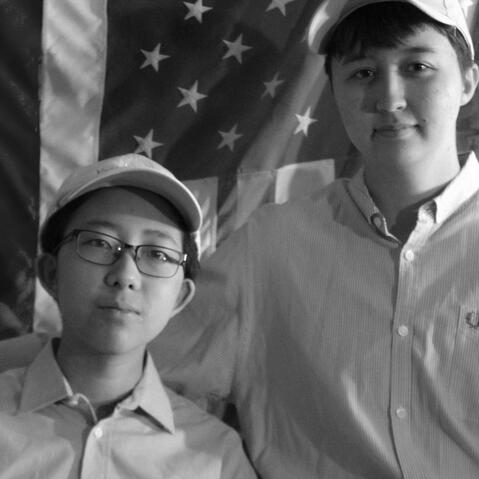 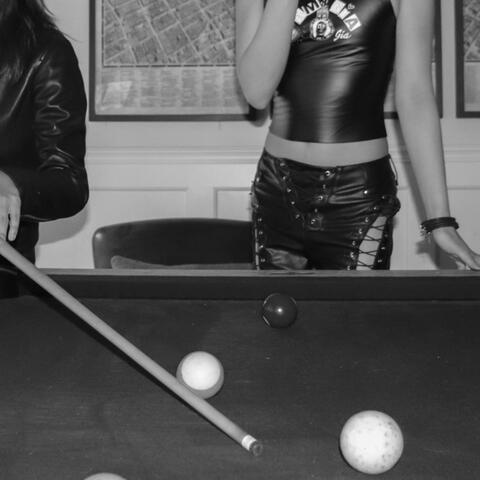 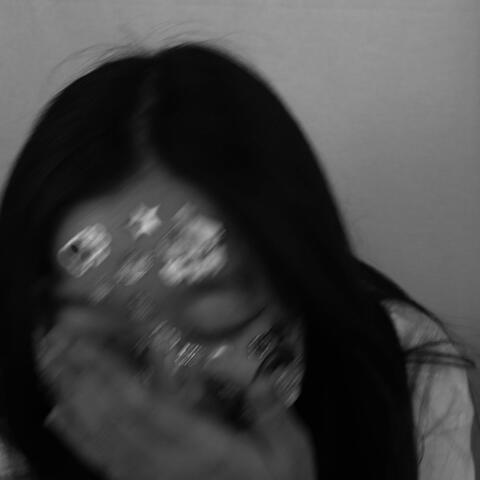 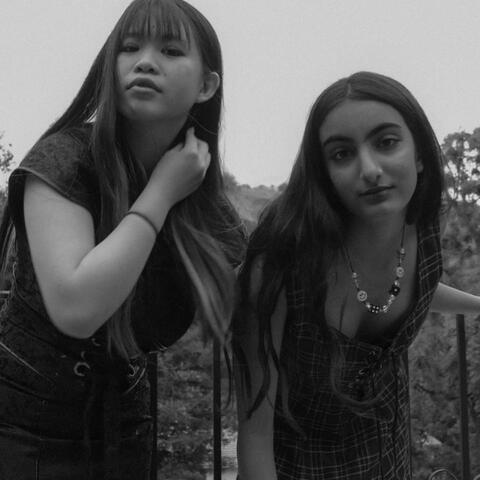 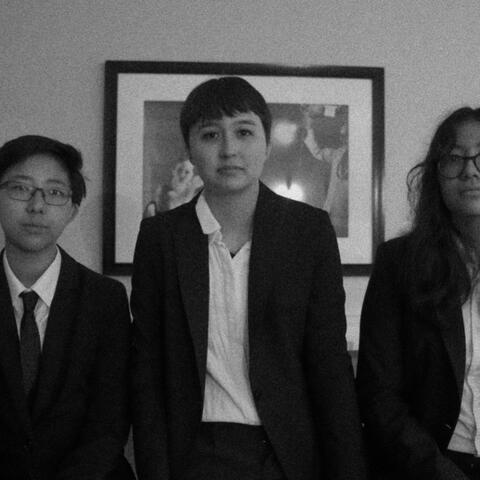 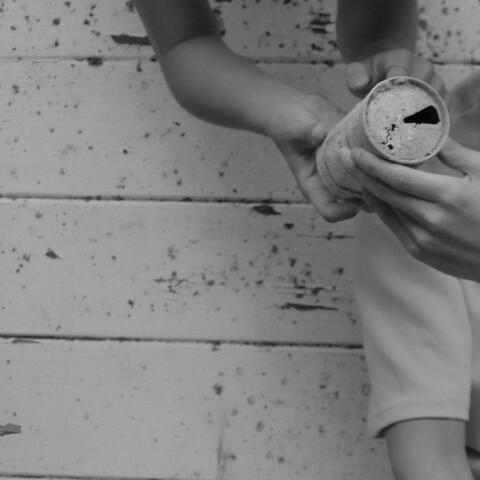 Where you're Really From

100 words to describe each of the interviewees.

(EXCEPT KAELYN BECAUSE THEY'LL GET A LONG, SAPPY TEXT FROM ME LATER)

This new girl confused me. Aerin had the confidence of someone who went here for years, but the glow of a girl who hadn’t realized that your teachers will still assign homework over R&R’s. This year, I came to understand Aerin’s undeniable coolness when she showed me the swim trunks she fashioned from a men’s gorilla tee shirt and a Spongebob swim towel. It was heinous. It ruled. The same could be said for a portion of her artwork, perfectly executed pieces that leave you wondering, “Whose foot did she use to model that?” and “Is it for sale?”

I think I’ve always known Anika in one way or another. Somewhere, there’s going to be a photo of us on retreat or in the same “Streaks” photo sent by a friend. In recent months, I’ve known Anika as both a friend and the girl who has yet to wear “real” shoes to school. She wore her same UGG slippers to the shoot, which, like her kind heart and immaculate diving form, I respect. Anika is a genuine soul wrapped in a well spoken blanket. If Disney were to finally include an Indian princess in their cream-colored lineup, it’s her.

One of the worst feelings is sharing your passion with someone who clearly doesn’t care. That’s where Billy steps in. In the hours he’s spent at my kitchen table, Billy’s engaged in friends’ discussions about sports he doesn’t play, singers he doesn’t know and history he hasn’t learned. Despite his busy schedule, he’s made time to watch every anime his brother recommends just so he won’t have to fanboy into a void. Even this project wasn’t his thing, but he schlepped from Hancock Park to the valley at 10 am, but that’s just who he is: a really good guy.

In the weeks of knowing Jamie, I’ve learned that he’s true to himself and smart as hell too. I recognized his bravery when I first saw his Instagram post about being transgender– a choice to share himself without waiting a second more. Coming out halfway through highschool takes guts, and, through interviewing Jamie, I learned how composed and authentic he is. In editing and rewatching his footage, I’ve absorbed his words about the balancing act of ‘passing.’ Caught between cultures and norms of gender presentation, Jamie’s openness and eloquence illuminated a challenge he has faced head-on, heart on his sleeve.

I met Kieran in ninth grade, which barely counts considering how awkward and humid the shuttle bus tends to be. Their real first impression, the day of the shoot, ranks higher than most people I’ve met. Kieran is energetic, funny, authentic and very fucking likable. Transitioning from a single-sex school to an environment as big as HW is terrifying, and frankly, so much of what Kieran shared made me want to stop recording and hug them. I could conceptualize how much bravery that took, but their absence of bitterness was enough to confirm- this is someone who can accomplish anything.

Natalie is someone I actively sought out to befriend, and I’m still going to pat myself on the back for that. Natalie is patient, humble and generous to a fault. Her love language is company and compassion and cute, enamel keychains. She’s taught me, through a year of classes and four of hockey, what reliability means. How it’s loyalty but still having to call a friend out. How it’s hanging up at times when a friend needs to study. How it’s bringing plushies and energy to a shoot like this and how it very much lives in Natalie Yufung Chan.

Shanti Hinkin has been a household name since the third grade. To me, at least, she was the older girl who wore cargo shorts and made all of the loud boys act still as mice when she sang. With a worship-able aura and the kind of confidence that makes my mom want her over more, she was the name I dropped that convinced three other people to join this project. She uplifts those around her in ways both sincere and superficial, because sureeee…. her loyalty is awesome… but I’m more excited to say I knew Shanti before she was famous.

There was a month-long period in which Anabelle’s name was saved as another member of ASiA in my phone. For that month, I found this member of ASiA fascinating and helpful and witty and wonderful, until I made a jab at Ms. Kang, under the impression she was a 10th grade boy. After she understood my mistake, Anabelle insisted I keep calling her by the boy’s name, threatening to steal his identity in full. Alongside her leadership, kindness and impeccable style, I would like to put on record that, if Anabelle Kang stole my identity, I would be truly honored.

The amount of times I have unmuted myself during ASiA meetings to compliment Avery is embarrassing. While I’ve known her as a friend of a friend for years, seeing her come to life to support the AAPI community has turned my admiration into a higher respect. She is passionate and poised in her leadership- be it discussions, outreach or setting a good example. Avery is a calming presence and an incredible listener, which made interviewing her so enjoyable. Even still, I’ve got a long way until I’ve given her all the space to talk and vent that she’s given me.

We met in the 7th grade lounge, I imagine. It had to have been somewhere non-remarkable, but truly, we could’ve met in the lobby of the United Nations and I’d still end up seeing Hope as the most powerful person in the room. She has a presence that demands respect, and, the next time she makes a self-deprecating height joke, I will list every giant upperclassman who has told me she’s intimidating and incredibly, incredibly suave. This aura of badassery is, in part, what makes her sincerity and compassion so rewarding. Talking with Hope makes me feel like I won.

The first story I heard about Joy was when she told a kid that an A- wasn’t really an A. While that girl did start crying, I’m still Team Joy because this was in fourth grade and Joy hasn’t half-assed a single thing since we’ve met. Joy’s found 30 hours in a day to play a plethora of instruments, study hard and secure both ASiA and Senior Prefect leadership positions for next year. Even still, she gives her undivided attention to whoever she’s with. She is a dreamer, a do-er and capable of bringing life to what she believes in.

Instagram started this thing where, if you and another person ‘like’ the same posts, your feeds will begin to sync up. By September, every video I saw had been liked by Matthew first. Only in a (very lucky) breakout room partnership did I tell him this, which, despite how creepy of a comment it was, sparked a friendship I’m grateful to have. We have sent each other content every single day since then, but, if Kpop isn’t the topic, I’ve loved talking with Matthew about anything else in our lives. He’s a consistent friend, and a very, very good one.

I’ve known Rachel, or rather, Rachel’s known my sister since they were four. I got to know her this year, when, after an ASiA meeting, I discovered that she and my Korean teacher love the same band. This was a pretty narrow topic, but it sparked a series of realizations that our similarities go beyond being the only half-Asians from Curtis. We’ve both undergone emo phases, watched the same YouTubers and hold congruent views on a lot of the same issues. I know it’s wrong to say I find Rachel wonderful now, but I’ll say it anyways. She’s the best.

A wise man once told me that good karma lives in and around Simon Lee. Since the day we met, I have only heard his name in the context of mutual obsession and desires to attain his eloquence. While it’s unfortunate that many have yet to experience his hilarity or care, the realization that he is both the smartest and most endearing person on Earth is a toughie. This truth, atop his glowing list of accomplishments, makes his humility so impressive. Simon is someone you want to root for… because, at his core, I can bet he’s rooting for you.

Going into this project, my goal was to make sure that, from start to finish, only Asian American Harvard Westlake students were involved.

No Teachers. No parents. No outside anything.

I owe the success of the project to the devotion of those who advocated my artistry, and now, I'm advocating theirs.

Beneath this text is even more Asian art and businesses, which i highly recommend you support.